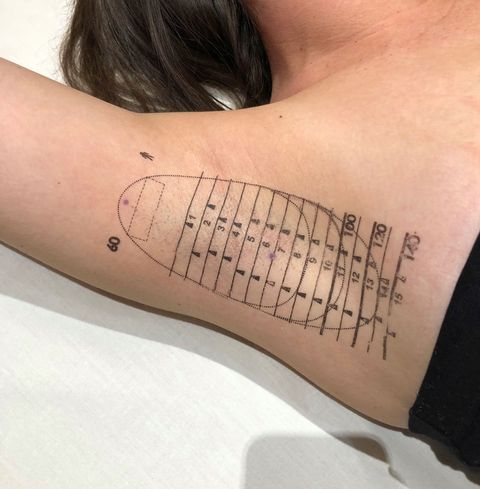 29 May A MIRADRY REVIEW

Posted at 08:31h in Uncategorized by mybeau70 0 Comments
0 Likes
Share

I Used to Sweat Through Every Top. Then I Microwaved My Armpits.

By Samantha Netkin for Cosmopolitan, July 2018

I can’t remember a time when excessive underarm sweating didn’t affect my life. After I graduated from the hot and humid University of Florida, where temperatures would reach 80 degrees in November, and moved to New York City for work, simply walking the two blocks between my subway stop and office was enough to make me perspire. Even on the coldest days of winter, I’d arrive with embarrassing wet marks under my arms.

While I’m sure there are some people who have it much worse, I’ve never been able to shake the insecurities that surround my hyperhidrosis, the clinical name for sweating more than necessary to keep your body cool. So, with summer creeping up, and plans to wear a dress that would most definitely expose sweat stains at my sister’s fall wedding, this spring, I began researching sweaty pit solutions. I came across all the obvious ones, like prescription-strength antiperspirant, which I’d already tried to no avail, and disposable sweat-absorbing pads—like period pads but for your underarms. (Need I say more?!)

I also tried crystal deodorant, although it’s only designed to make sweat smell better rather than stop it, and chlorophyll supplements, although there’s no proof they do a damn thing. Nothing helped.

Feeling desperate, I briefly considered getting Botox injections, an FDA-approved hyperhidrosis treatment that temporarily stops your glands from producing sweat. But ultimately, I nixed it because of potential side effects like neck pain and vision problems, and because it only lasts for about six or seven months. I couldn’t help but feel hopeless.

Then I stumbled upon MiraDry, a treatment that was FDA-approved in 2016 to eliminate armpit sweat, odor glands, and—get this—underarm hair. Using “energy that targets and destroys sweat and odor glands in your underarm,” according to the brand’s website, its makers promise permanent results. It works sort of like a microwave, I learned, delivering heat waves as warm as 140-degrees Fahrenheit below the skin. Meanwhile, a cooling device prevents the upper layer of skin from burning.

Performed by a dermatologist, plastic surgeon, or medical aesthetician, the procedure is billed as noninvasive with minimal downtime. It sounded too good to be true, so I called three or four practitioners in my area for more information.

MiraDry, I found, can cost between $1,500 to $4,500, and it isn’t typically covered by insurance. You typically need two treatments for optimal results. But again: I was desperate. So after pricing things out, I made a MiraDry appointment at Greenberg Cosmetic Surgery in Woodbury, Long Island.

On the morning I got MiraDry, which came out to $1,500, I was so nervous I brought my mom with me for moral support. Although the majority of online testimonials I’d read said the procedure was worthwhile, some mentioned pain and discomfort that lasted for months—potential side effects my practitioner had mentioned on the phone, but still concerned me.

When I arrived for my appointment, my medical aesthetician, Jackie Scavone, sanitized my underarms, then marked the skin with a temporary tattoo used to guide the MiraDry device.

Then, a nurse numbed the area with a local anesthetic called lidocaine. I got about 10 injections under each arm, squeezing my mom’s hand every time I felt a pinch.

Luckily, I only felt the first few needles on each side, after which, the area became numb. The pricks were, by far, the worst part.

The rest of the procedure took about 45 minutes, during which Scavone placed the MiraDry device directly on my skin for about 20 minutes on each side. I felt absolutely nothing.

Once the treatment was done, I was given ice packs to apply for 20 minutes on and 20 minutes off for the next day or two. And although I felt fine, I was told to get ahead of the pain by taking two ibuprofen every four to six hours for the first day, then as needed.

While I’d read that some people are able to go back to work the day of their procedure, as the lidocaine wore off after a few hours, I wondered how. I began to feel sharp, shooting pains emanate from beneath my arms. Meanwhile, the area had doubled in size due to swelling, with black and blue marks from the injections.

Between the remains of my temporary tattoo, which lasted for about a day and a half, plus bruising and swelling, I didn’t think I’d wear a tank top ever again. It was hard to look at the area in the mirror—I got nauseous almost every time I did, but I kept reminding myself the side effects were temporary.

Wondering whether my reaction was normal, I reached out to Scavone at least six times, who reassured me that everything was perfectly fine—every time! (Did I mention I’m a horrible patient?!)

Over the next day and a half, I eased off pain medication but continued to ice the area on and off for three days using frozen mini water bottles from Trader Joe’s to reduce swelling. Luckily, my team was cool with me working from home for several days.

A week after the procedure, I was still feeling really uncomfortable and, well, weird: There were a couple of lumps under my arms along with some shooting pains in the area that lasted for about three weeks.

It’s been two months since my MiraDry treatment, and while my swelling and lumps have vanished, my sweating hasn’t gone away completely. That said, it has diminished significantly, to the point where I only feel a little bit of wetness on really hot days — and don’t even need deodorant to fend off odor, though I still wear it to smell nice.

Before the procedure, I only used prescription-strength antiperspirant, but I’ve found that natural deodorant—I use Schmidt’s natural deodorant in Rose + Vanilla—is finally enough to give me a smooth, fresh feeling.

And as for underarm hair? It hasn’t quite disappeared either, although it grows less quickly than before. While I used to shave about three to four times a week, I only do it once a week now.

Although a second MiraDry treatment could deliver optimal results, I’ve decided not to get it—I just don’t want to go through the discomfort again.

That said, my advice to anyone considering MiraDry is that it’s definitely worth it. While I’m not 100-percent cured, I’m no longer an excessive sweater, and I already feel more confident wearing tops that I’ve hidden in my closet for years.

If you decide to go for it, find a provider that makes you feel comfortable, and give your body time to heal—it’s not an in-and-out procedure, believe me.