How Will Breast Implants Change Your Life? 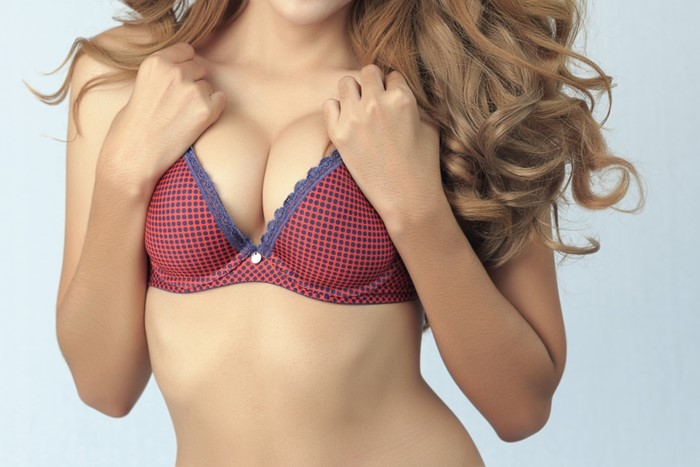 16 Jun How Will Breast Implants Change Your Life?

Posted at 03:00h in Uncategorized by mybeau70 0 Comments
0 Likes
Share
For eight years, she resisted the pressures of society — images of stars and starlets, the focus on female anatomy. “It’s everywhere in your face,” says Kearney, now 26. “I felt like less of a woman.”In the end, Kearney finally did do it — tossed the padded bras forever, opting for silicone breast implants. “It may seem petty to some people, but felt I needed to do something about it,” she tells WebMD. “I didn’t get a drastic implant, just one that suited me. I didn’t want it to be, ‘Look what she did.'”The results? “I can’t believe how real, how natural they look,” Kearney says. “I can’t even describe how happy I am.”

In fact, she adds, the preparation for breast implant surgery pushed her into a healthier lifestyle. “I got into the vitamin regimen, quit smoking. It was a big opportunity for me to be a healthier person. It felt like everything was going in the right direction. It was so exciting.”

Breast augmentation — breast implant surgery — is the top cosmetic surgery performed today, according to the American Society of Plastic Surgeons. A total of 347,524 women had the surgery in 2007.

It’s a major step for most women, and often a positive one. Studies have shown that breast implants can help boost self-esteem, body image, and sexual satisfaction.

But studies have also pointed to the critical need for careful screening by doctors, and self-awareness among women, before breast implant surgery.

Here are realistic insights from doctors and patients about the impact of cosmetic breast implants, and how to tell in advance whether implants may help you.

Laurie Casas, MD, associate professor of surgery at Northwestern University’s Feinberg School of Medicine in Chicago, is a contributing author of a textbook on breast surgery.

Nearly half her patients are like Kearney — young women whose breasts never developed, a condition called micromastia. “She had two nipples on a flat chest,” she explains. “It looked like a prepubescent boy’s chest.”

She also sees young women who have developed asymmetrical breasts — they don’t match in some way, either in size or shape. It’s a relatively common, embarrassing condition. One breast might be a D-cup, while the other is a B. Or there might be a half-cup difference between the breasts — which might not sound like much, but can be very noticeable.”They truly feel they have a deformity,” Casas tells WebMD. “They don’t feel they have a normal body part. It’s a body image issue, not a self-esteem issue. They want that body part to look more normal, to look better in clothes and bathing suits.”All that rings true with Kearney, she says. “I look in the mirror now and think, ‘That’s the way I’m supposed to look.’ I have more confidence now. I can go clothes shopping, and it’s amazing how things fit.”

Here’s another of Casa’s patients: 41-year-old Kristen Chase, who was “a generous 36B” before she had four children in seven years, she says. “After my fourth child, my breast tissue was just a deflated sack. My body bounced right back after the pregnancies, but my breasts didn’t. I wanted my body back.”

Women like Chase grew up with a completely different mind-set, says Casas. “They don’t have body image issues. These women went through their formative years feeling good about themselves. They work out, feel great. They just want the breast to be the nice normal size they had before.”

The first time Chase looked into breast implant surgery, silicone implants weren’t FDA approved. With her broad chest, a saline implant just wasn’t appropriate. “It would have protruded too much,” she says. “That was not the look I wanted.”

Her result with silicone? “It’s very natural, not an artificial breast look, not the type you see on the street and know immediately is a fake,” she says. Another key point: “I’ve had zero sensitivity loss in my breasts.”

Women who’ve had breast implants and their doctors agree: It’s very important to go into surgery understanding the full financial costs — or you’re bound to be dismayed.

About 1% to 2% of breast implants break or deflate each year, and the majority will likely need to be replaced eventually, says Casas. “Patients have to deal with that reality … Nothing lasts forever.”So you must expect at least one second breast implant surgery in your lifetime, and perhaps several.Another factor to consider: A woman’s breasts naturally change over time, while the breast implant stays the same. Breast implants that looked good at age 22 may no longer look good on the same woman after she has had children, breastfed, or grown older.

Postpartum women — finished with pregnancies — won’t have so many breast changes, especially if they have kept their weight under control, says Casas.

She’s seen a handful of 18-year-olds and talks them into waiting awhile — to see if this is what they really want. “This is a major decision, and maturity level makes a difference. They’re the ones who have to take care of the implants, continue with follow-up.”

“We impress on them that this is a long-term project … a lifelong journey,” Casas says. “There’s no reason to rush it. We will only move forward if they can make that commitment.”

Get your free consultation here