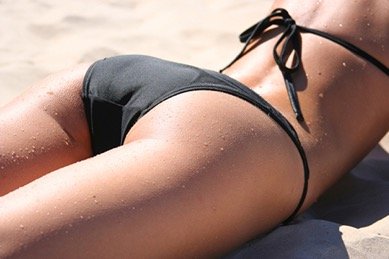 Posted at 09:26h in Uncategorized by mybeau70 0 Comments
0 Likes
Share

A new anatomic study highlights critical technical issues to ensure safe performance of the increasingly popular “Brazilian butt lift” – a procedure using the patient’s own fat to augment and improve the appearance of the buttocks.
The study appears in the May issue of Plastic and Reconstructive Surgery, the official medical journal of the American Society of Plastic Surgeons (ASPS).
“The study confirms that gluteal fat grafting is safe, only if the injections remain in the subcutaneous tissue,” says Daniel Del Vecchio, MD, a Boston plastic surgeon who developed the protocol and is a leading global expert in this area, in a media release from Wolters Kluwer Health.

A video commentary by coauthor Rod J. Rohrich, MD, of Dallas Plastic Surgery Institute strongly emphasizes the need to avoid any fat injection into the gluteal muscle itself in order to prevent serious complications.
Fat grafting has become a popular technique of buttock enhancement for patients who want a fuller, shapelier appearance, without the use of implants. In this procedure, fat obtained by liposuction from one part of the body (such as the abdomen) is processed and injected to enhance the gluteal area.
However, there is growing concern about serious complications resulting from this procedure.

In 2018, the ASPS joined with other plastic surgery specialty societies in issuing an urgent warning regarding the “alarming” number of deaths related to gluteal fat augmentation. An advisory issued to plastic surgeons (PDF link) outlined steps to ensure that fat is injected only under the skin – never into the muscle, the release explains.
To build the evidence base for this recommendation, Drs. Del Vecchio and Rohrich and colleagues performed a cadaver study to evaluate patterns of fat spread in the gluteal area after injection. Four approaches were evaluated, simulating injection techniques that might be used by plastic surgeons performing gluteal fat grafting.
In three of the four injection techniques, the spread of the simulated fat was mainly limited to the subcutaneous area, immediately beneath the skin. Even when small perforations were made in the fascia – the connective tissue layer separating the muscle from the subcutaneous space – there was little or no spread of the simulated fat into the muscle itself.
Even with multiple perforations and high injection pressures, the muscle fascia prevented the simulated fat from crossing into the muscle. The researchers discuss the process of “subcutaneous migration” that keeps injected fat from spreading into or under the gluteal muscle, if injected into the subcutaneous “safe zone.”

The findings were different in the fourth scenario, where multiple punctures were made in the gluteal muscle. In this situation, large amounts of proxy fat were found under the muscle – demonstrating that “deep intramuscular migration” had occurred. Once fat has migrated into the submuscular space, damage to the veins in that area could allow fat cells to enter the circulation, with a potential risk of pulmonary embolism, the release continues.
The experimental study provides an important piece of evidence supporting previous recommendations to ensure the safety of the Brazilian butt lift, the researchers suggest.

“These persuasive findings are profound enough to propose a new standard of care: no subfascial or intramuscular injection should be performed, and all injections should be done exclusively into the subcutaneous tissue,” they conclude.